The overall goal for this project is for King County to have a better understanding of data collected relating to everyday racism and discrimination from the 2019 Best Starts for Kids Health Survey (BSKHS) by involving families from the impacted communities to provide their reactions to these findings. The results from these ground-truthing sessions will inform the context, interpretation, and materials that are disseminated to the public health field in King County.

Best Starts for Kids (BSK) partnered with the Community Café Collaborative (CCC) and families from ten different communities represented in the data results. The goal of these partnerships was to provide a culturally relevant framework through a series of structured conversations, known as Community Cafés, to review and garner authentic reactions to the data points. Ten language and culturally identified communities were selected for this data review: African American, (who identify with a history of slavery), Afro-Latino, Cambodian, Ethiopian, First Peoples (Alaska Native – American Indian), Latinx, North African/Middle Eastern, Pasifika (Pacific Islander), Somali, and Vietnamese in King County. Parent leaders from each of the communities were invited to host a Community Café via a virtual platform.

Community Cafés are designed to surface, and share with others, collective wisdom from the community. The process is also meant to build family/community partnerships while sparking leadership to strengthen families. Cafés are community-based dialogues hosted by family members in partnership with a community organization or entity. For this project, the Cafés were hosted by trained, parent leaders who involved other volunteers to help with planning, hosting and inviting other families to the Café. This helped to ensure culturally relevant thinking was a priority in an e-communication setting. Funding was provided for each hosting team to include thank you gifts for volunteers and participants, a meal for each family (since Community Cafés typically involve the whole family and sharing a community meal), supplies and stipends for BIPOC Café coaches.

The data presented to communities were from the BSK Health Survey questions, related to everyday racism:

After being presented with a data set for each of the above topics, people were invited into discussions sparked by the following questions:

The Community Café approach strengthens families and communities by sparking the leadership and relationships needed to create more inclusive and equitable systems. Community Cafés spotlight neighborhood wisdom, which leads to community action. Actualizing this approach typically looks like family members hosting relevant conversations in their own neighborhoods, in partnership with local organizations or schools. Host teams receive an orientation to the approach prior to hosting and have access to coaching, as well as technical assistance throughout their work.

For this project, the ten Café communities, (African American, Afro-Latino, Cambodian, Ethiopian, Alaska Native – American Indian, Latinx, North African/Middle Eastern, Pacific Islander, Somali, and Vietnamese) were presented with informational slides, designed by BSK in collaboration with CCC and Café hosts. These slides provided background about the survey and an explanation of the topical data points. While the core questions soliciting feedback on the data points were universal across the Cafés, hosts were provided a template, but had the flexibility to design an agenda that was befitting their community’s cultural norm. Given that Community Cafés are traditionally conducted in person, some adaptations were necessary for the virtual platform setting. The hosts were coached to contact all participants prior to the Café to answer any questions about accessing and using the platform. Break out rooms were utilized to allow participants to discuss reactions to survey points in small groups, then reconvene to share key conversation points. Despite all the adaptations, every Café gathering had an overwhelming, positive participant-satisfaction response, indicated by written surveys, host feedback, and meeting notes. Participants consistently said they felt welcomed, listened to, able to express themselves, and that they learned something from the experience.

Some communities intentionally involved the children of the adult participants, including them in the agenda and/or sending a Kid Café box to each participating family prior to the Café. These host teams designed Café boxes containing culturally relevant family activities, books, games, art projects, and suggested family discussion topics. Others included other helpful items such as face masks for children and school supplies due to the immediate need expressed by families. All Cafés included meal delivery and/or food gift cards and thank you gifts for participants. 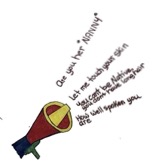 r reviewing the survey data regarding everyday experiences of racism, eight out of ten communities thought the percentage was too low. Most Café participants expressed encounters with everyday racism to varying degrees and subtleties. For some communities, everyday racist incidents were centered on skin color, others on accents and issues relating to English not being the first/home language. For several Café groups, the racist encounters carried anti-immigrant sentiments. In most of the Cafés, the participants thought that the sample size surveyed from their communities was too small and wondered if the question, and the words and phrases used, were fully understood by those surveyed. Some participants who stated that they did not experience racism on a daily basis, per se, would go on to describe an encounter that could be considered everyday racism.

Café participants cited experiencing racism in all facets of daily life including while navigating their children’s activities and schooling, in their workplaces, while shopping, on public transportation, in their neighborhoods, and while receiving health care. Many described the racist occurrences in the healthcare system ranging from dismissive, due to language barriers, to outright negligence. This point was discussed in most Cafés with the added context of the pandemic. Many participants thought this topic especially important given the disproportionate rates of infection, hospitalization, and deaths in their communities related to Covid. 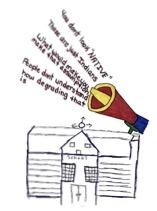 The major theme that arose in all Cafés is that all ten communities experience racism in various levels of society and daily activities. From commonplace racist occurrences such as being followed while shopping, or being mistaken for a nanny, to more detrimental instances of being overlooked for a promotion, or disregarded while receiving healthcare; these experiences were described to varying degrees in all Cafés. One participant related, “When sweeping the front of my house, there was a white man and asked, ‘Can you call the owner of the house?’ He assumed that I was the maid but I told him it’s my house.” Everyday racism was related by participants as both significant in that they are hurtful and frequent occurrences, but also a typical fabric of daily life, put forth by strangers, friends, colleagues, as well as educational and medical professionals. A common experience mentioned in the Cafés involved calling into doubt a person’s education or ability to do their job proficiently. One woman said, “Even I am able to speak English and have good education and I worked as an interpreter for schools and hospitals, but I still heard people said that I am not a seed that was planted here in the United States.” Some Café participants said they purposefully ignore racist incidents in order to guard against the pain of recognizing and processing them on the surface.

Regarding the data, the majority of communities thought at least one of the survey data results did not match their own experience or differed significantly from their perceptions of their community’s experience. The most common reason participants offered for the discrepancy was that there just weren’t enough parents from their community taking the survey. The other reason offered was that some of the terms used in the questions were not well defined and possibly misunderstood by survey takers. The specific terms varied, but most Cafés spent time raising questions or asking for further clarifications around the terms “everyday racism” and “neighborhood.”

Most of the groups felt it was important to build a stronger relationship with BSK to better inform on community specific issues, as well as advise about how to improve the survey. They also thought it was important to grow awareness in the community about BSK. It was common to hear people volunteer to help BSK do outreach to help more people from their community take the survey. A few communities offered different strategies for gathering this information such as door to door, using a trusted messenger or community organization, via telephone with someone who spoke their home language, or Cafés where people could take the survey together. Other common reasons communities offered why as to why they thought the data did not reflect their community were:

To elevate the partnership between BSK and the Café communities and perhaps make more efficient use of levy funds, the following recommendations are offered, based on the voices harvested from the Cafés, input from hosts, and Café coaches.