Community Cafés are connected series of conversations among parents and other community members designed to spark relationships and leadership to strengthen families. Parents choose conversation topics and host the Cafés with the support of neighborhood schools and local organizations. The Café conversations identify actions for positive changes in families, neighborhoods, and the community.

The Community Café approach began in Washington State and is being successfully implemented in over 20  states. Café hosts have partnered with early childhood and school systems, family support centers, other organizations or agencies serving families, businesses and places of worship to address critical and emergent issues.

Since 2014, the Community Café Collaborative has been working with families and community partners in Nebraska. Their Cafés have been supported by the Department of Health and Human Services Nebraska, the Nebraska Child Abuse Prevention Fund Board and the Nebraska Children and Families Foundation.

A Café is an outlet where people can come together to unify towards a common theme or goal; an unofficial opportunity where people can make a connection - the start of something bigger.
Parent Host
Nebraska

In 2016-2017 the Nebraska Child Abuse Prevention Fund Board awarded grant funds to four Nebraska communities to  conduct Community Cafés. Each community supported six parent and staff teams in hosting a total of 46 Cafés with 690 participants, including 340 adults and 350 children. Results included increased access to resources for families, improvements in schools, and increased safety in neighborhoods. One community conducted Cafés in Spanish. 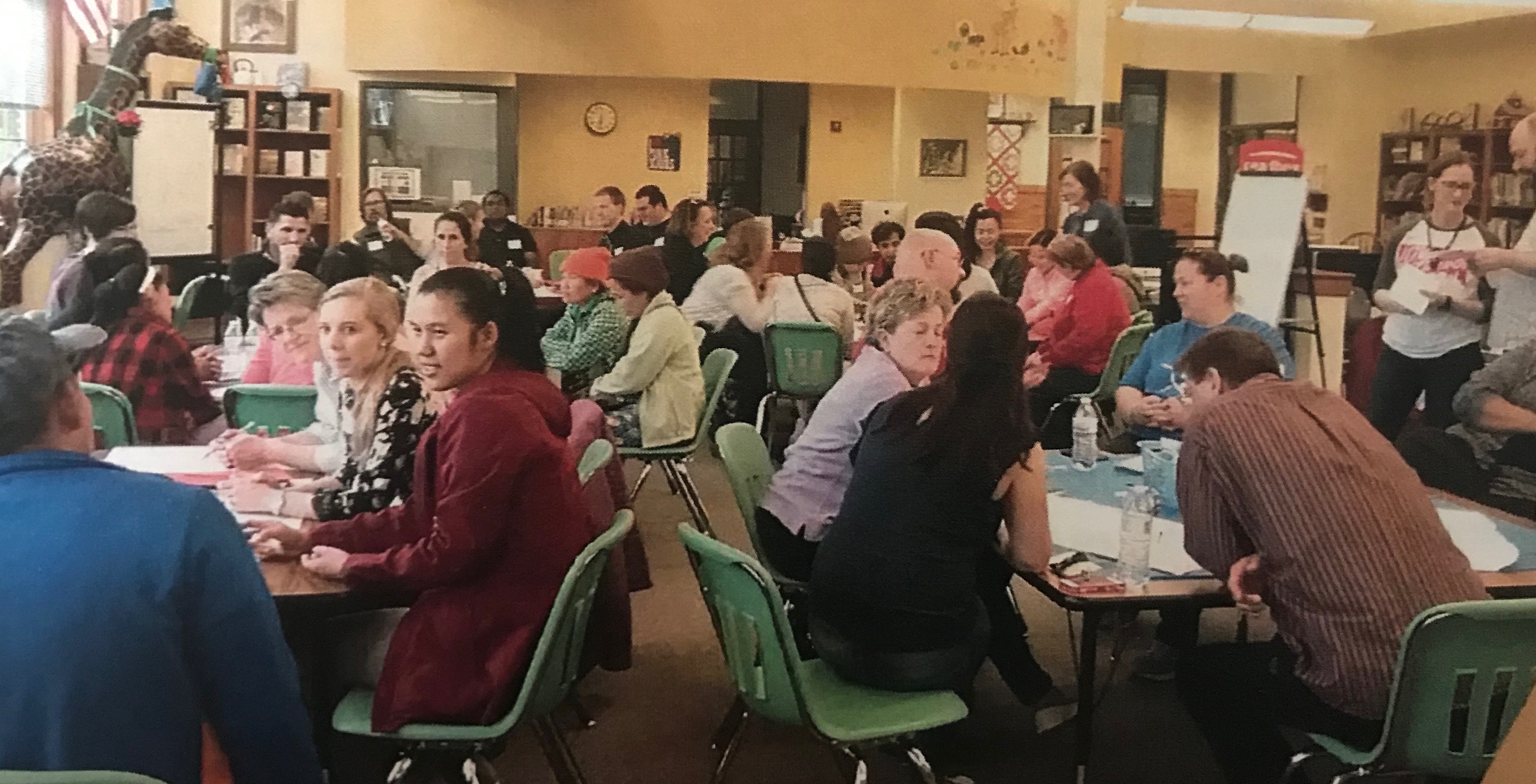 In 2017-2018 six Community Café teams were active in Lincoln and Norfolk. There were 350 participants comprised of 231 parents and their children, and 104 community members attended a total of 23 Cafés. In addition to participant outcomes and new leadership skills reported by parent hosts, recorded in written surveys from participants, project reports from lead agencies and phone interviews with members of each of the teams, each site reported on multiple community changes. Changes most frequently mentioned by host teams and participants included the following: increased social capital – participants reported knowing and being friendly to more people in their community; and increased bridging of social capital – families developed relationships with and influenced local organizations and services. All locations reported new resources or improvements because of Cafés. These resources included development of a new support group, law enforcement outreach, and families from diverse cultures providing input to local parks and recreation for more culturally relevant activities. Five out of six reported Café participants working toward a group goal such as fundraising to improve a playground or to sponsor family gatherings like game night and multicultural events.

I love hearing from parents regardless of language. The bigger goal is that all parents are heard. I had a perception that as a parent I didn't really know where I fit in this system. I found a spot where my voice is valued and important and by doing this I'm giving other parents that opportunity and just seeing where that leads.
Parent Host
Nebraska